Lord de Mauley is a Fellow of the Institute of Chartered Accountants and has a distinguished career in business and politics. He served as a Director of the Standard Chartered Merchant Bank Asia and as Joint Chairman and Chief Executive of Fixit Worldwide Ltd.

After the House of Lords Act in 1999, Lord de Mauley was the first Peer to be elected to a hereditary seat in the House of Lords.  He was Parliamentary Under Secretary of State at Defra and previously a Government Lord-in-Waiting in the Royal Household.  In opposition he was a Whip and Shadow Minister for Children, Schools, Families and Energy and Climate Change.

Mr Ulf Lagerström was appointed as Vice-President of the Society on 18 February 2010. He holds a Master of Laws (LLM) degree (University of Stockholm) and is a Chamberlain of the Royal Court of Sweden. He has been a Director at the Ministry of Finance; Senior Vice-President of Nordbanken; General Counsellor and Head of the Department of Legal and Administrative Affairs of the Church of Sweden and Managing Director of The Swedish Federation of Cemeteries and Crematoria (of which he is now a Trustee) and Ignis Insurance Group. He is a past President of the International Cremation Federation (1997-2005). 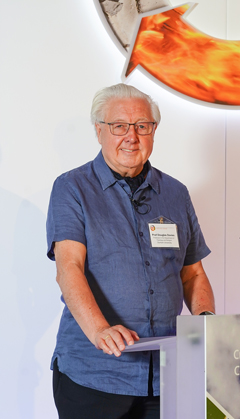 Douglas was appointed as Vice-President of the Society on 22 November 2016.  He trained in Anthropology and Theology, teaching at Nottingham University before becoming Professor in the Study of Religion and Director of The Centre for Death and Life Studies at Durham University. He has published many books on traditional and natural burial, on cremation, and on the theology of death. He edited the Encyclopedia of Cremation in 2005. He is also internationally known as an expert on Mormonism.

Professor Grainger has been a member of the Cremation Society’s Council since 2008.  She is Professor of Architectural History at University of the Arts London and an Honorary Professorship in the Department of Theology and Religion at Durham University. She works as an Institutional Reviewer for Quality Assurance Agency (QAA) England and Scotland and as an International Reviewer worldwide.

A specialist in late nineteenth and early twentieth century English domestic architecture, Hilary is the acknowledged authority on the architecture of British crematoria and on the late Victorian architect Sir Ernest George.  She has published and lectured widely in Europe and America and her pioneering book, “Death Redesigned: British Crematoria, History, Architecture and Landscape”, received a joint commendation from the Chartered Institute of Library and Information Professionals as an outstanding reference book published in 2006. Her widely acclaimed monograph “The Architecture of Sir Ernest George” was published in 2011.

She is co-author (with Honorary Vice-President Douglas Davies, fellow Council member Dr Peter Jupp, and former Council member, Stephen White) of “Cremation in Modern Scotland: History, Architecture and the Law” (published by Birlinn, 2017), which resulted from research funded by the Leverhulme Trust and hosted by the Department of Theology and Religion at Durham University. Hilary is currently preparing a book “Designs on Death: The Architecture of Scottish Crematoria 1895-2018”.

She is President of the Association for the Study of Death and Society (ASDS), National Chair of The Victorian Society and chairs the Fabric Advisory Committee of Lichfield Cathedral.  She was appointed as Director of CAMEO (Crematoria Abatement of Mercury Emissions Organisation) in July 2019.

Professor Grainger was awarded an OBE in the Queen’s 2018 New Year’s Honours List for Services to Higher Education.

He has been a member of the Council since 1983.

Peter Jupp is a minister of the United Reformed Church. Elected to the Council of the Cremation Society in 1997 (Chair from 2001-09), he is a non-executive director of the London Cremation Company plc and a member of the Churches' Group on Funerals. He was formerly director of the National Funerals College project, a consultant to SAIF, a member of BCAG and a Board member of the International Work Group on Death, Dying and Bereavement.

He has co-edited several books on death studies including 'Death in England: an illustrated history' (Manchester U.P. 1999)'; he published 'From Dust to Ashes: cremation and the British way of death' (Macmillan, 2006). With Glennys Howarth he founded both the quarterly journal Mortality and the biennial conference on 'The Social Context of Death, Dying and Disposal' (DDD). He is co-author (with Honorary Society Vice-President Douglas Davies, Council member Hilary Grainger, former Council member Stephen White, and Gordon Raeburn) of 'Cremation in Modern Scotland: History, Architecture and the Law (John Donald with the Cremation Society, 2017). This work issues from research at Durham University funded by the Leverhulme Trust.

He is currently an Honorary Fellow in the School of Divinity at Edinburgh University.

Colin Rickman studied engineering at Southampton. He changed career in 1973 to train as a funeral director and embalmer with a funeral director in Poole. He joined the Co-operative Funeral Service in 1981 and has held various senior management roles, including managing crematoria, cemeteries, woodland burial grounds, hospital mortuaries and bereavement services. He is a Past President of the Bournemouth and District Association of Funeral Directors and the Co-operative Funeral Service Managers Association, a Past Governor of Lions Club International and a member of the London Association of Funeral Directors.

He has been a member of the Council since 2015.

Professor Conway is a senior Lecturer in Law at Queen's University Belfast. Her research focuses on the substantive laws surrounding the treatment of the dead, the fate of corpses and who has decision-making powers over human remains. Her areas of interest include the resolution of family disputes surrounding funerals, exhumation and commemoration, and their underlying reasons; the legal status of funeral instructions; and the legal and financial issues posed by pre-paid funeral plans. Heather is the author of The Law and the Dead (Routledge, 2016)

She has been a member of the Council since 2017.

Andrew retired from the position of Vice President, Technical Affairs of the Facultatieve Technologies Group, the world leader in the field of design, construction and maintenance of cremators and cremation equipment in March 2017. Andrew entered the incineration and cremation industry in 1973 after graduating with a first class honours degree in Fuel and Combustion Engineering from the University of Leeds. With Evans Universal he became Technical Manager in 1978, Technical Director in 1993 and Vice President of Facultatieve Technologies in 2001. He is a Fellow of the Energy Institute and a Chartered Engineer. Andrew was the representative of the Combustion Engineering Association Manufacturers’ Group on the Defra Technical Working Group for the revision of the Process Guidance Note PG5/2 the Secretary of State’s Guidance for Crematoria.

Prior to this, Debbie was a social worker specialising in child protection, disability and terminal illness. The respite, befriending and advocacy service she established won two national awards.

Since retiring from Cruse last year, Debbie has spoken at Singapore’s inaugural grief and bereavement conference; been accepted as a member of the International Work Group on Death, Dying and Bereavement and become a community researcher with Birmingham University. She is also co-writing two books.

The majority of Rick’s career has been spent working in the West Midlands in the public sector having spent thirty two years in the Bereavement Services Section of Europe’s largest Local Authority. The last 12 years of Rick’s employment in Local Government was as Principal Cemeteries and Crematoria Officer for Birmingham City Council.

In 2010 Rick moved from the public sector to take over the position of Secretary and Executive Officer of the Federation of Burial and Cremation Authorities.

He represented the FBCA in Government Departments in England, Wales and both the Federation and Cremation Society in Scotland.

He served on the Local Government and Regeneration Committee in Scotland and spoke at the Scottish Parliament on the  Burial and Cremation (Scotland) Bill.

He retired from the role of Secretary in December 2017.

He was a TEST examiner and member of the Technical Committee of the Federation until July 2018 and a Director of CAMEO until September 2018.

Rick was Vice President of the International Cremation Federation from 2011-2017.

Richard Clarke trained as a chartered accountant and was a partner at PricewaterhouseCoopers from 1990 until 2002 when he became a sole practitioner and was able to increase his involvement in charities.  He has served as Honorary Treasurer at five charities including twelve years at Cruse Bereavement Care and is a member of the Honorary Treasurers’ Forum.  He is also joined the Board of ExtraCare Charitable Trust in 2006 where amongst other roles he has been the Chair of the Audit Committee.

He has been a member of Council since 2021 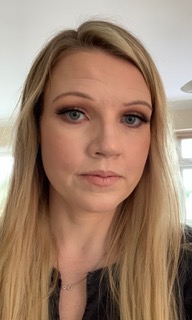 The Cremation Society of Great Britain is a Founder Member of the International Cremation Federation which was founded in London in 1937.

For details about the work, constitution and membership of the International Cremation Federation visit its website.

You will receive an email confirming your registration shortly.